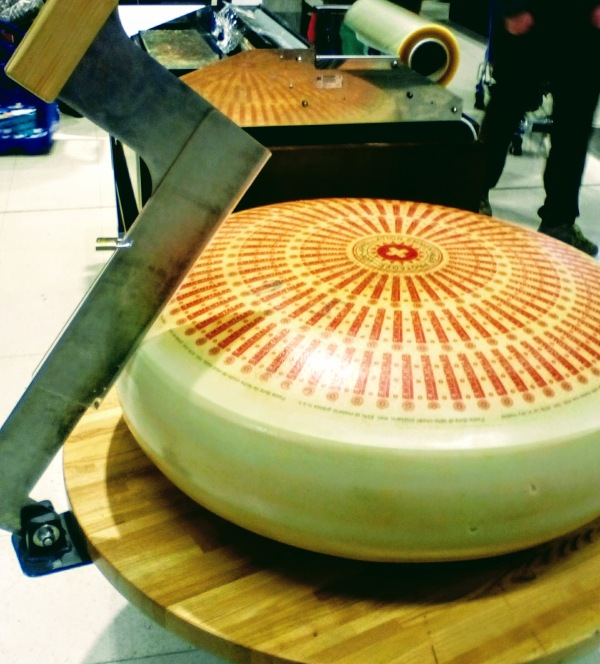 Not long ago I came across one of those stories that seems intriguing and You’ve-got-to-be-kidding at the same time.

A team of Swiss researchers has designed an experiment to determine whether playing music to cheese affects the flavor that it develops. To be a bit more precise, the goal was to determine how sound waves might affect the microorganisms that give cheese its flavor. The experiment was titled “Cheese in Surround Sound.”

Using milk from the same farmers, and processing the batches in the same vat, the wheels of cheese started out as close to identical as possible. Except for the control cheese, a lone round that had to do its maturing in silence, each cheese in the experiment was played music 24 hours a day for six months.

A view much later on the timeline, when the wheel of cheese has been sliced into

The experimental condition was not just music vs no-music: a number of different genres were employed. One cheese heard nothing but Mozart’s Magic Flute, another heard Led Zeppelin’s Stairway to Heaven, another heard  hip-hop.

Any guesses about the results? I won’t keep you in suspense. Cheeses that listened to music did seem to develop better flavor than the poor cheese raised in silence, according to expert judges. And the hip-hop cheese had “a discernibly stronger smell and stronger, fruitier taste than the other test samples.” You can read more about it here.

Jimmy Page on a double-necked guitar. Who knew?

I’m left with a couple of questions: first, how do those flavor-creating microorganisms feel about endless repeat? Would the flavor have been even better if they’d had a chance to include Cosi fan Tutte instead of just the Magic Flute in the rotation, or some “Kashmir” or “Misty Mountain Hop” instead of a never-ending “Stairway to Heaven”?

My next question is this: given the out-there nature of the experimental question these researchers settled on, what were some of the ideas they considered and then rejected?

Here’s my final question: if you had to nominate a single piece of music to play to a wheel of cheese, what would it be? 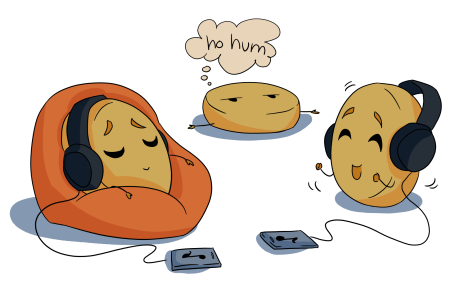 The poor control cheese has nothing to listen to.
Loquita, 2019

2 thoughts on “Music for a wheel of cheese”