There are so many digital options available these days for making (or playing at making) interesting art—I enjoy a bit of meditative creating with weavesilk.com, for instance. But after splashing a lot of color around, it’s good to be reminded of the power of black and white, and slow, careful, tangible work, so well demonstrated by the drawings of Mexican artist David Álvarez.

A recent article on him at Colossal featured illustrations from a new book, Noche Antigua (Ancient Night) on the mythic origins of sun and moon, and they’re delightful. I was reminded of other drawings by him I had seen, so I rounded up a few to share. 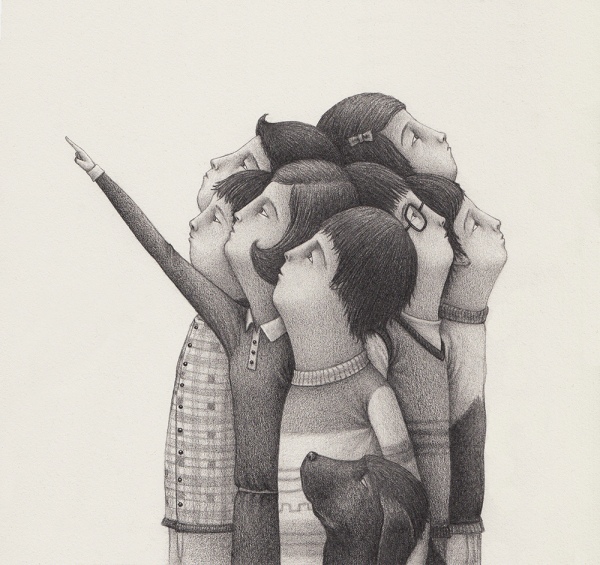 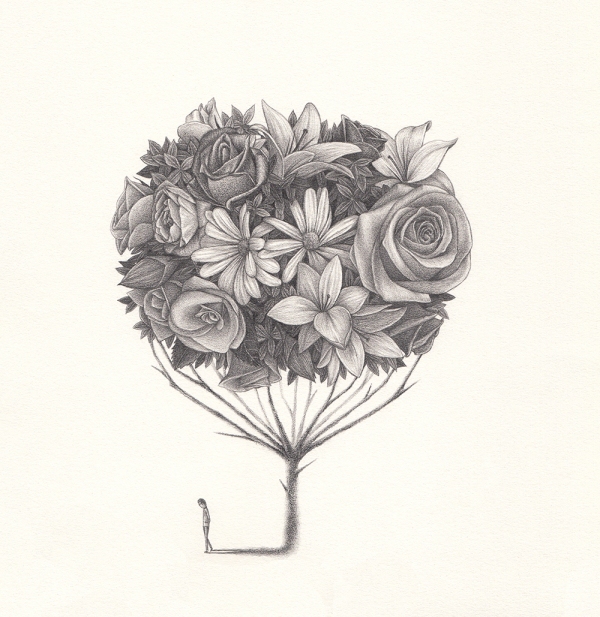 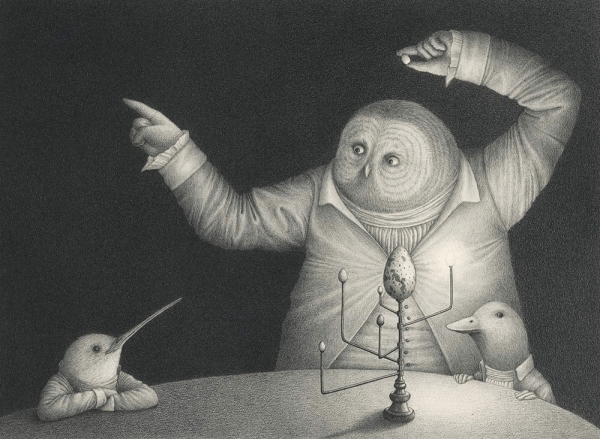 The previous two are from an award-winning book from 2012. Titled Bandada (flock), it’s about birds pursuing scientific progress, from what I can tell. The next two look like they’re probably from the same project: 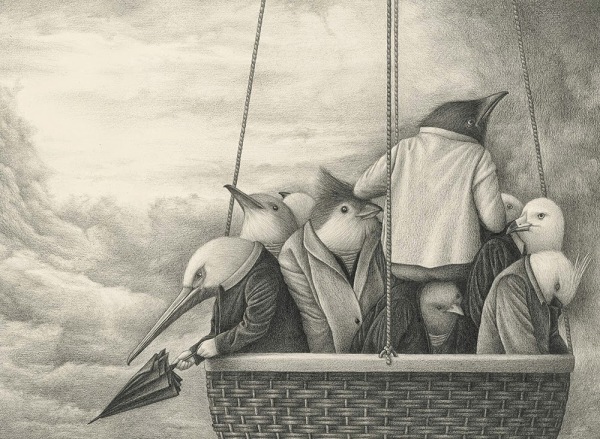 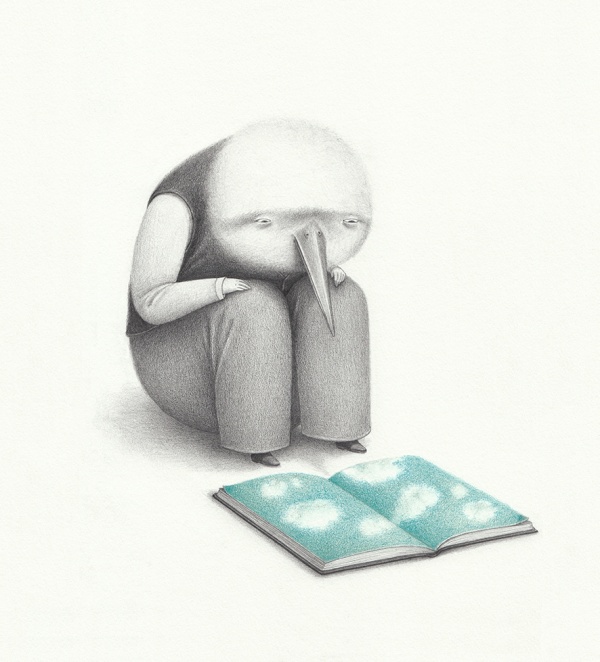 Here’s the post from Colossal on Noche Antigua. The illustration below is from that work. 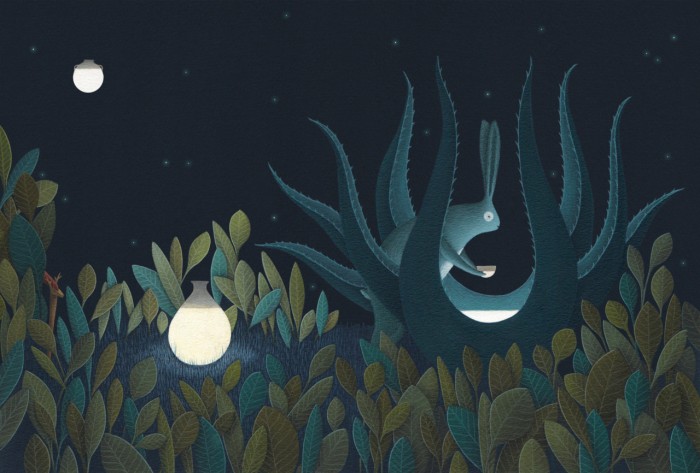 I also found David Álvarez on Instagram, where his page is called tlacuiloa. Wondering if this is an indigenous word with roots in Mexican history, I asked Google Translate to “detect language,” and got Sesotho, a Bantu language spoken primarily in South Africa, as the result.

Translate’s “Detect Language” function lets me down not infrequently, but lucky for all of us, El Guapo is resourceful. In his sleuthing he found a Wikipedia article on Mesoamerican literature that is a much more likely source for the name than the Sesotho option. In a section of the article called Pictoral vs Linguistic Literature, we learn this:

“In both the Mayan and Aztec languages there is one word for writing and drawing ((tlàcuiloa in Nahuatl and tz’iib’ in Classic Maya)).” The word fits the work of David Álvarez well, as his drawings are so effective at conjuring stories. I’ll call it a nice convergence that in the Sethotho language, the word tlacuiloa means “be shocked.” These drawings are shockingly detailed, after all. I think you’ll enjoy exploring more of his work.