What with bots being involved in Russian interference with last year’s US presidential election, and bots being employed for other nefarious purposes I’d rather not think about, plus bots being the reason we humans have to prove that we’re not robots through verifications like Captcha screening,* bots have not generally made me smile.

I’m happy to report a change on this front, as I was recently introduced to some poetry bots.†

Let me back up a minute just to define my term. Bot is short for robot, and generally refers to a software application that does automated tasks on the internet. A poetry bot uses the format of a type of poetry (or of a specific poem) and generates variations on the theme. If you ever played the game Mad Libs as a child, you have an idea of what to expect.

The first poetry bot I met creates variations on a 1934 Imagist poem by American poet William Carlos Williams. Perhaps you’ve heard of “This is just to say.” Here is the original:

I have eaten
the plums
that were in
the icebox

and which
you were probably
saving
for breakfast

Forgive me
they were delicious
so sweet
and so cold 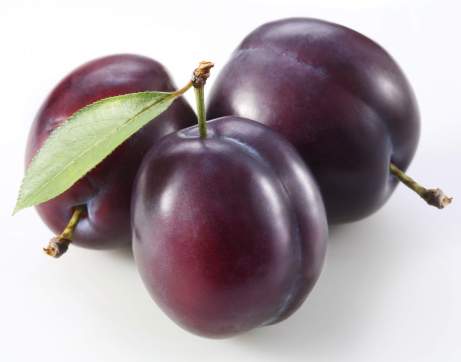 Wikipedia tells me that “a characteristic feature of Imagism is its attempt to isolate a single image to reveal its essence.” I think this poem accomplishes that.

In contrast, I’d say that the “This is Just to Say” poetry bot’s purpose is to mess with language in a delightful way. Here’s a recent example:

I have eaten
the blathers
that were in
the parchment

Forgive me
They were nontaxable
so pristine and
so unmeasurable

You can see that the bot doesn’t follow the source poem exactly–no middle stanza about what you were probably going to do with whatever I have brazenly eaten. But we’ll overlook that. Here’s another of the bot’s works:

I have eaten
the severities
that were in
the sinking

Forgive me
They were blasé
so evangelistic and
so unfitting

If what you need now is a way to get more of these poems into your life, you can follow this bot on twitter @JustToSayBot.

The other poetry bot I’ve seen (thanks to my son Fiddler for both of these) generates poems following the pattern of The Red Wheelbarrow, another poem by William Carlos Williams (1883-1963; you have to wonder what he would make of bots messing with him like this). When first published, the poem didn’t have a title–it was just number XXII in the volume Spring and All. It’s one of his most often anthologized poems.

beside the white
chickens.

Thanks to the DependsUponBot, we have new poetry to ponder:

beside the tense
methods

beside the great
agates

If you like the idea of poetry but find yourself hesitating to engage, maybe spending a little time with a poetry bot is a way to get started. If you run across another poetry bot that strikes your fancy, I want to hear about it–share in the comments.

*I don’t tend to mind being asked to decipher strings of numbers and letters that look like they’ve been subject to typeface torture, but I get frustrated by the ones where I’m instructed to click on all the tiles that have street signs in them–it always seems like there are pictures that I’m not sure about, and I do five or six rounds, only to be told that I haven’t been able to prove I’m human, so I’ll have to call this toll free number to speak to a customer service specialist. But I don’t want to do that because I’ll just end up exchanging beeps with their automated voice system, and being told that that was not a valid response.

†This was not my first encounter with computer-generated poetry. Many years ago when I was at Harvard I got hold of a stack of Haiku poems that had flowed from lines of code written by someone at MIT. Some of them were more amazing than others, of course, but on the whole they made a nice distraction from homework.