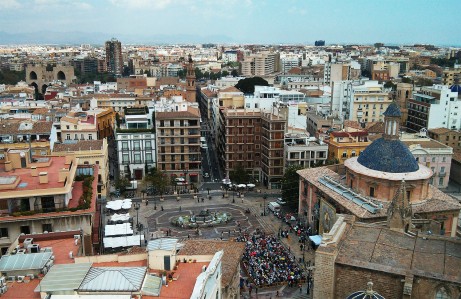 View from the top of the cathedral tower

I’m not a lover of shopping, but because we want to take advantage of nearby shops full of fresh fruits and vegetables, and because being on foot or on a bike means limited hauling capacity, I end up going pretty often. So when El Guapo asked me Thursday if I planned to shop that day, it was easy to spontaneously make that plan, and answer, “sí.” He needed some very fine steel wool to light on fire in a video class. I told him I’d see what I could do.

I didn’t find what I needed at the first store I went to, a chino,* so I thought I’d try the ferretería. You might wish it were a ferret market, but it’s just “hardware store.”

My friendly neighborhood hardware store, closed at 4 pm for siesta

The place I planned to go is less than three blocks from home, right around the corner from a tree we call the “don’t hug me” tree, off the Avenida de La Plata. (All the street signs are in Valencian rather than Castillian; “avenue” in Valencian is Avinguda, which always throws me.) 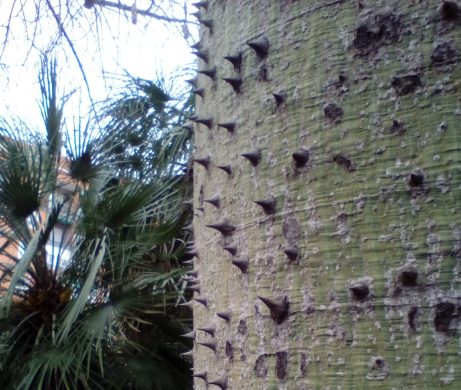 I’m usually a tree hugger, but not with this kind.

In the manner of an old-fashioned general store, this wasn’t a help-yourself place; there was an attendant who asked me what I needed, and then went away to fetch it. In addition to a hank of steel wool, I needed a bolt for attaching a bike rack to the back of Ninja’s bike. The woman helping me quickly found the bolt, and apologized that the steel wool she had was coarser than I had described. I said I’d give it a try, and that I needed about “this much,” whereupon she got a pair of scissors out, cut me off about that much, and said the total would be 30 céntimos (about 31 US cents).

I had left the house with bicycle, lock and chain, backpack, sunglasses and wallet, but forgot the handful of coins.  With apologies, I told her that all I had was a €20 note. She laughed and said, “you can owe me,” and handed me the little bag.

What I forgot to bring along

I laughed too–I could easily picture a flat, “Nope, that won’t work.” This generous gesture was a lovely surprise.

I hadn’t planned on doing any more shopping, but now I had incurred a debt, so I walked a block further to the frutería and bought some nice tomatoes, some kiwis, a few mushrooms, four or five apples, six or seven oranges. My total was €1.30 (yeah, we like it here), but the guy at the register didn’t mind my €20 note. In a few minutes I was back at the ferretería and could hand over the 30 céntimos to pay my debt. 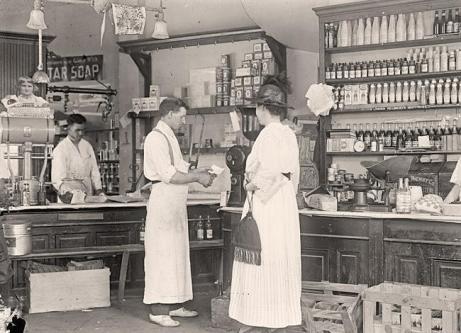 *Chinos are variety stores with names like “Merca-oriental” (oriental-mart), and are often run by Koreans or folks from other non-Chinese Asian countries, but when we first got to Valencia years ago and were figuring out where to get which stuff, people told us that the shops are generally just called chinos. I don’t think there’s any racial overtone involved.