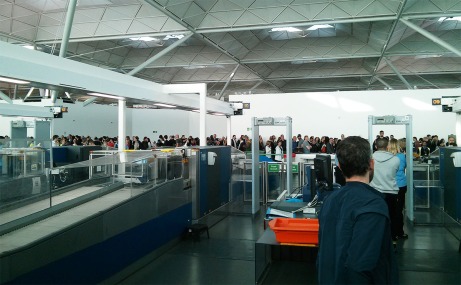 What happens when the airport fire alarm begins blaring while your carryon luggage is inside the security scanner, and everyone is told to evacuate?

I’ve been in long lines before, filled with hundreds of people. And I’ve been in large rooms before–passport control at Atatürk Airport in Istanbul comes to mind. But I’ve never seen a security setup like the one at London’s Stansted Airport.

We had just been admiring the counters provided for you to open your suitcase to make fishing out your zip-top bag of little liquids easier, when we passed through a doorway into a stadium-sized room (really–it might have been 100 meters long), and found ourselves in a series of lines with what seemed like more people than you’d need to form your own city-state, all winding back and forth toward dozens of conveyor belts and x-ray machines where we would all engage in the ritual of unsheathing laptops, stripping off belts, and bundling up jackets.

You’ve probably had the experience of getting in the slow line at the grocery store, right? That can cost you three, maybe four minutes, evincing a sigh. The prospect ahead of us was on a much larger scale. Those airport security lines appeared to have been designed to feed fairly equal-sized scrums of people toward equal numbers of scanners and friskers, but of the six stations in front of our scrum, only two were staffed.

Hand wringing doesn’t tend to help in situations like these. The crowds were so large that we couldn’t be sure where Fiddler and Ginger were (they had been diverted into another line, leaving me to envision a replay of our failure-to-connect from a few days earlier). Finally, El Guapo and Ninja had crated their belongings, passed under the obligatory arch, and were collecting their things again when an alarm began to sound.

It wasn’t horrendously loud, but it was clearly not business-as-usual. The message advised us to evacuate, but none of the airport staff were moving, nor did they appear to be planning to get the many hundreds of people in the vast room to move. Stranger and stranger.

As my suitcase was still in the belly of the scanner beast, I was quite glad not to be hurried away–trying to hunt it down later would have been no end of headache. (El Guapo made a sort of visual montage that will give you a flavor of the experience in a fraction of the time.)

Travel has its ups and downs. It's more fun to showcase the ups, but sometimes…when you've just made it through the longest airport security line of your life, then the fire alarm goes off and you're told to leave the building…. I tried to capture the moment here. #travelblues #firealarm #airport

Time marched inevitably on as we stood around uncertainly, listening to the evacuation decree repeated again and again in a variety of languages. Then someone official turned the conveyor belt on again, whereupon it coughed up my suitcase, and I hastily gathered my things. At length the alarm stopped and we were allowed to go off in search of the plane.

In some ways the whole thing seemed like a dream sequence, hurrying in and out of the duty-free displays, trying to figure out where to go next, wondering how there could be so many people sitting around in the airport apparently not on their way to anywhere.

All of that seems like adventure enough, but there was more to come. When we finally saw Fiddler and Ginger they motioned to us to hurry, as the “last call” announcement had been made. Bar codes were scanned and we headed down the jetway, only to meet another passenger coming back with the report, “there’s no plane at the end.” The gate agent gamely told us to go out the emergency exit to the left. Door locked. See what I mean about the dream/nightmare quality? And then someone in a neon vest and ear protection came through the previously locked door, pointed us to a plane, and we were back in business. Whew! 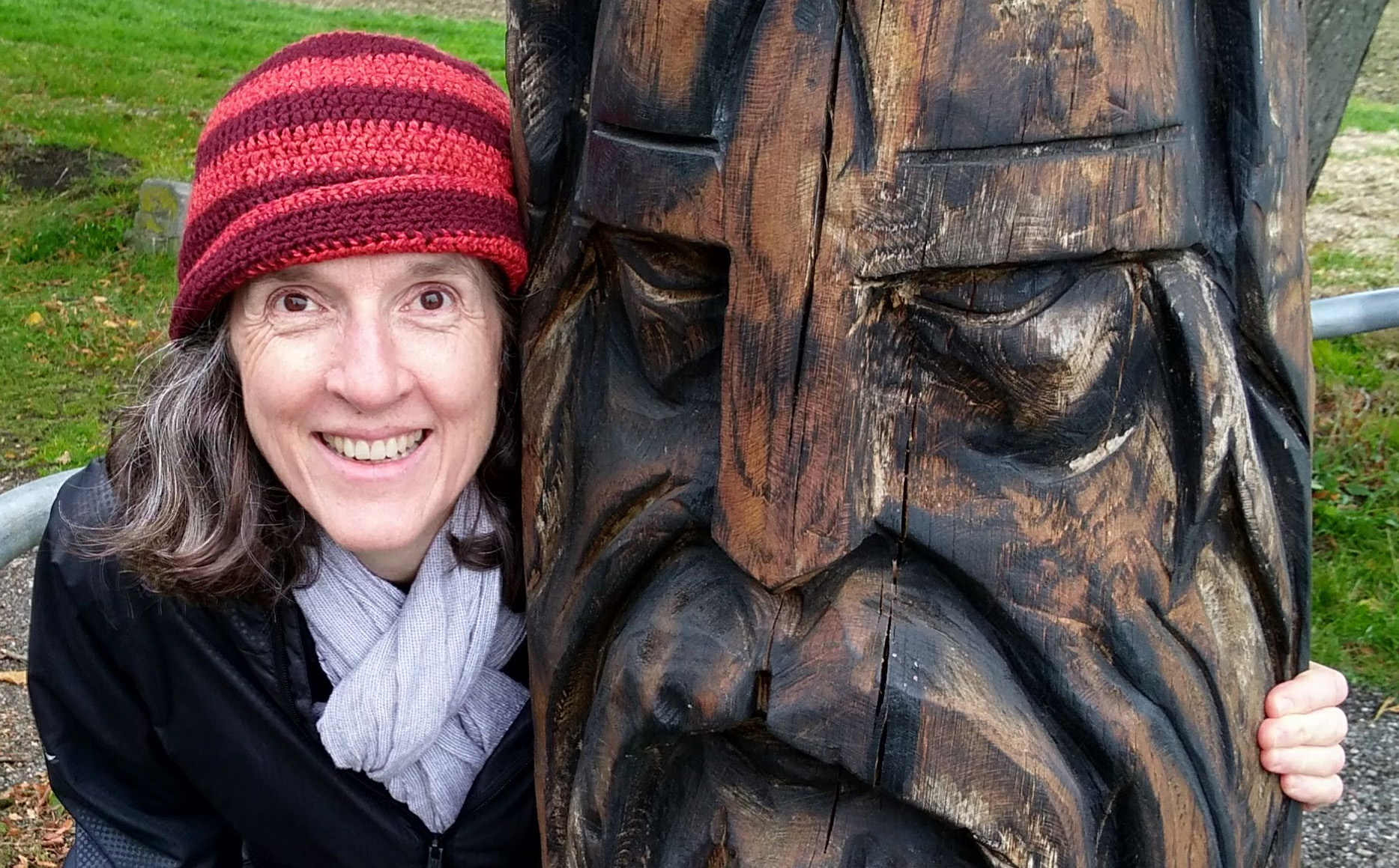