Today’s Art to Share comes from photographer and friend Marian Harman. I’ve seen her work at local art shows, often with prize ribbons attached, but I don’t know if she’s had a solo exhibition of her work. (Marian, just say the word and I’ll be there to help–I’ll bake something for the reception or help hang pictures.)

Marian’s work often features wildflowers, wildlife, and landscapes, as well as scenes from her travels.  She says that most of what she knows about taking good photos she learned from fellow members of the Nashoba Valley photo club and the judges of the various competitions she has entered, though I suspect that 30 years’ practice has taught her a great deal as well.

She traces her interest back to a time when she was trying to identify the wildflowers in her fields and woods. (Having taken some walks with her and benefited from her extensive knowledge, it’s hard for me to imagine a time when she didn’t know every plant in sight.) Being able to get quality close-up views meant upgrading to a better camera, different lenses, etc. After that, one thing led to another, with results you’ll see here.

Though she began shooting with film, she now takes digital photographs, which allows for some manipulation after the fact. “Still,” she says, “I try to do a minimum of post-processing work. You can’t fix a photo which was not well-composed and sharp in the first place.”

Here are a few of her photos, with descriptions in her own words. 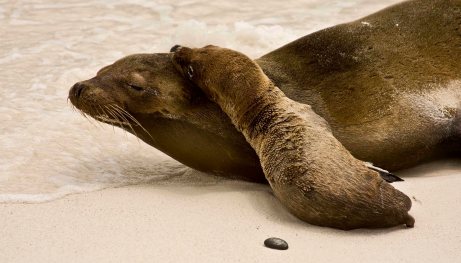 This tender scene was taken on one of the Galapagos Islands. Mom and pup were lying in an embrace on the lovely pink sands, and allowed me to approach slowly on my knees.

Queen Anne’s Lace grows in my pasture. This one has already bloomed and been pollinated, and has now closed to protect the developing seeds. Soon it will turn upside-down to disperse its mature seeds. These plants are wonderful to photograph at any stage of their development.

We were driving around “The Ring of Kerry” on the southwest coast of Ireland in 2012, on a very foggy day. This sheep was standing all alone in a hilly and overgrown pasture. The whole scene had a wild look to it, and I shouted to my very cooperative husband/ driver, “Stop!” He did so, and I clambered out with all the photo equipment. The sheep was curious about what we were doing and thankfully didn’t run. 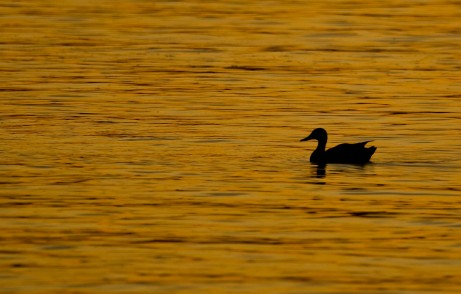 On Golden Pond: During a golden sunset on Big Island Pond, Hampstead, NH, this duck floated into the scene. It was a magical evening. 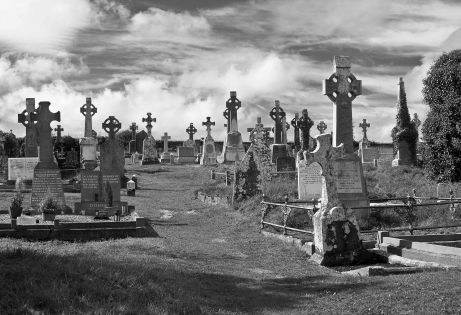 We came upon this scene in Newmarket, Ireland. The Irish crosses ascending the hill, with the dramatic sky behind, was too evocative to pass up. The subject matter seemed to ask to be photographed in black and white.