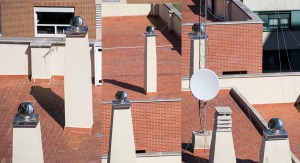 view of spinny things from our windows

Our apartment has great windows. They take up much of one wall in the living room, most of the end of the kitchen, and are nice and big in the bedrooms, as well. They’ve also got a nifty dual-opening feature: turn the handle one way and they swing to the side, turn it another way and they vent out the top.

The thing I like best about them, though, is the view. Through these windows we can see some of the interesting buildings of Valencia, including the Palau de les Arts Reina Sofia, an opera house with remarkable architecture. We can see the palm trees and orange trees of the courtyard. During the nights of Las Fallas we watched so many fireworks that we became quite casual in our attitude–oh, fireworks again? Hmm. Nice.  During the days we watched mounds of smoke rising in slow clouds, waiting a beat before the waves of sound from the explosions of the mascletás reached our ears. And through these windows we can begin to recognize landmarks we’ve visited.

Also through these windows I watch the spinny things on the roofs of nearby apartment buildings. These are small metal turbines, no doubt having something to do with ventilation. In the sunshine (and bless you, Valencia, for all the sunshine!) they twinkle and flash charmingly. I’m not sure what they’re officially called in English, much less Spanish or Valencian. I just think of them as spinny things.

Spinny also has  a memory for me, one of those that I recall with fondness, despite, yet somehow because, the circumstances at the time of its creation were something of a hardship. I was traveling in Ireland, with el Guapo and our 4 oldest children (our 9 year old was then just 3, and staying with grandparents). We were getting firsthand experience with the source of all the green of that land–buckets of rain. And we were trying to set up camp in a rather crowded campground south of Dublin. We were blowing up our air mattresses with just the air we had in our lungs. A benevolent camping neighbor nearby walked over carrying a hand pump to lend us, saying in a most delightful Irish accent that we ought to try this, or else we might go all spinny in the head. We were that thankful, t’ be sure (I’m trusting you to read that with an Irish accent). 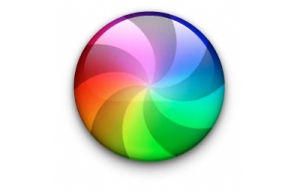 The final association I have with spinny tends to be a negative one, and that’s because of the various ways that certain computer programs indicate to you that they’re working on it, and you’ll just have to keep from getting in a twist of impatience. I’m thinking of what my daughter (she’s chosen to be called Loquita here) calls the rainbow spinning wheel of death, the little dervish a mac shows you while you wait, sometimes for unknowns.

While I’m not fond of being spinny in the head, I love remembering the words in an Irish accent. And while the computer spinny tends to emphasize that I can’t yet have what I want, I recognize that I could try to focus meditatively instead of impatiently upon it. The spinny things on top of the nearby buildings don’t try to remind me or forestall me–they simply entertain me, flashing cheerfully in the Mediterranean sunshine.

One thought on “Spinny things”